By Caleb Lamb (NCC NEWS) – The Dow Jones, Nasdaq and S&P 500 all rose by more than 1 percent of their total by today’s market close at the New York Stock Exchange. The Dow Jones in particular went up by 150 points, helping reduce the impact of the 266 points it lost yesterday.

Monday’s market drop came in response to news that China’s first quarter report showed that economic growth was slowing down. News of the explosions at the Boston Marathon also had an effect. The Dow Jones lost 120 of its 266 points following the explosions, which occurred just before 3 PM while the markets closed at 4 PM.

Cancer screening cuts may cost the poor and uninsured

By Juliana Pignataro SYRACUSE (NCC NEWS) – “Women should have their mammography starting at the age of 40 every year. Annually. No ifs and’s or buts about it,” said Jason Warchal, Community Mission Manager at the American Cancer Society in East Syracuse.

According to Warchal, under Governor Cuomo’s new plan, a mammography could cost you more than $200 if you don’t have health insurance.

“It does cost New York state money, but it’s putting the money where it should be,” Warchal said.

“It took me probably 7 months before I was properly diagnosed with cancer,” Frega said. “Breast cancer, that’s one of the most common types of cancer than can be prevented with the screening.”

The poor and uninsured are those who will be most affected by the cuts, and Central New York has its share of them. According to the United States Census Bureau, 65,000 people in Central New York don’t have health insurance.

“People that don’t have insurance have a tougher road ahead of them,” Warchal said. 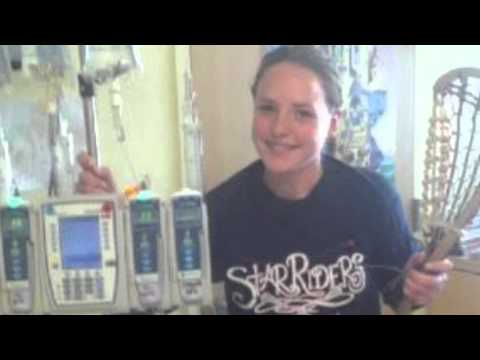 By Caleb Lamb SYRACUSE (NCC NEWS) – April is National Child Abuse Prevention Month and blue pinwheels have been planted in the ground in Syracuse as a way to raise awareness about the issue. Today, Onondaga Community College became the latest organization to get involved. Children from the OCC Learning Center placed the pinwheels on the campus quad.

“You could see the children just holding them up and smiling and being happy,” said Mary Beth Kelly, of the OCC Children’s Learning Center. “And I think that’s really what we are trying to represent is that happiness in young children.”

Looking at the statistics

The event was organized by the college, learning center and the McMahon/Ryan Child Advocacy Center, and it’s something they do every year. Linda Cleary, the executive director of the advocacy center says they receive around 6,000 calls every year about child abuse in Syracuse.

“That’s 6,000 calls too many,” Cleary said. “Anytime you have one child that’s been abused, neglected, maltreatment, it’s just one child too many. We’re really trying to work on preventing that.”

A new campaign originally from Masschusetts could help New York take a stronger stance on stopping child abuse. The program called “Enough Abuse NY” focuses on teaching people how to recognize and report child abuse as well as handle the situation. It spreads by people paying it forward. The counties will train 30 people who in turn will hold seminars training even more people, and so on, in order to spread the information throughout the community.

The program will be piloted in Broome, Suffolk and Tompkins County before it is introduced to the rest of the state.

In Syracuse, pianos are getting tossed

By Juliana Pignataro SYRACUSE (NCC NEWS) – These days, fewer people are playing the piano and more are throwing them away.

Artist Pianos in East Syracuse throws away more than 20 pianos every month. They are brought in with missing keys, broken strings and worn out insides

“I used to get one call a week of people who were looking to either get rid of their piano or need help selling their piano because they were either moving out of the area or tried selling their used piano and had no luck,” said Paul Jennings, the general manager of Artist Pianos. “I now get about ten to 12 every week.”

Some former piano lovers have a hard time parting with their pianos.

“In a lot of cases, we have to do grief counseling to get people to the conclusion that it’s okay to let their piano go. It’s a part of the business I didn’t see coming,” said Jennings.

Pianos are being put in the trash more than ever, but they’re not leaving for good. Artist Pianos isn’t just helping people toss pianos, they’re fixing them as well. Technical service manager Scott Schroeter examines each piano that comes in to see if its still in decent shape. If it is, Schroeter fixes the piano by hand.

Artist Pianos also provides other services for those who do want to keep their pianos. The store cleans, polishes and tunes pianos and even offers humidity monitoring to prolong a pianos life. 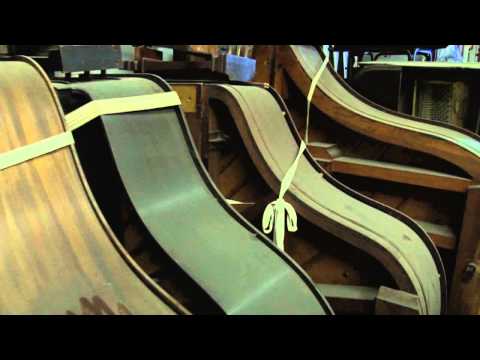 By Juliana Pignataro SYRACUSE (NCC NEWS) – Coming up on NCC News at four, the latest on the ongoing investigation of the attacks at the Boston marathon. Hear what President Obama discussed about the investigation at today’s press conference.

NCC News Reporter Amy Khuu explains how to use social media like Google People Finder to locate friends and family in the event of an emergency like the one at yesterday’s Boston Marathon.

Catherine Schur discusses the backlash of New Yorkers against Governor Cuomo’s funding cuts to cancer screenings and talks to a cancer survivor about what these cuts could mean for the uninsured.

Plus, security is being increased for Margaret Thatcher’s funeral, earthquakes strike Oklahoma and the Iran-Pakistan border and tensions rise in North Korea.

All that and more coming up on NCC News at four.

By Juliana Pignataro SYRACUSE (NCC NEWS) – People all over the world took to social media in the aftermath of the Boston Marathon attack.

Shortly after the bombing, both ‘Boston Marathon’ and ‘Muslim’ were trending on Twitter.

“There will be all kinds of things trending as people look for answers. The human need for certainty means we are driven to find a reason why things happen,” said Dr. Pamela Rutledge, Director of the Media Psychology Center. “People who are profoundly ignorant might equate being Muslim with terrorism.

Many assumed that the ‘Muslim’ hashtag was trending as a result of people condemning Muslims for the attack. But looking at the actual Tweets, it’s clear that is not the case. Most of the Tweets were messages of sympathy and support directed at the Muslim Community.

Libyan Twitter user Hend Amry tweeted shortly after the incident, “Please don’t be a ‘Muslim.'” Jenan Moussa, a journalist for Al-Aan TV in Dubai re-tweeted Amry’s message and added that it was “the thought of every Muslim right now.”

Twitter feeds were overloaded with messages expressing peoples’ “thoughts and prayers” for Boston. More than ten different Facebook pages were created in memory of the victims, the largest with over 30,000 followers. Pictures have been posted on the page regularly since the attack, with phrases like “1 like = respect for victims.”

But why do people flock to social media after a tragedy?

“Tweeting good wishes and sympathy is a way of people coming together to affirm support for each other in the face of such an attack,” said Dr. Rutledge. “It offers a way for people who are touched by the event to express caring that might be heard by those directly affected and the outpouring lets those most impacted know they are not alone.

By Juliana Pignataro SYRACUSE (NCC NEWS) – A major earthquake hit the Iran-Pakistan border today, killing 34 people and injuring 80 more. According to the U.S. Geological Survery, the earthquake was measured at a magnitude of 7.8.

All those killed and injured were in the Pakistani town of Mashkal.

The earthquake struck at 3:15 p.m., only about 10 miles below the surface. The U.S. Geological Survey said that the earthquake’s epicenter was near Khash, Iran, not far from the border of Pakistan. Because the area is not largely populated, there are fewer casualties than first thought.

According to the New York Times, the earthquake was the most powerful one to hit the country in 40 years.

By Caleb Lamb SYRACUSE (NCC NEWS) – Coming up on NCC News live at 4:40, the latest on the explosions at yesterday’s Boston Marathon. Hear from President Obama as he addressed the media on the latest involving the FBI’s investigation.

There have been a lot of rumors and confusing information regarding the explosions. NCC News reporter Alex Sellen has the latest on what people in the Syracuse community think they know to be true about the situation, and we separate the fact from the fiction.

Kelly Peters looks at the reaction by security at Syracuse University and if they’re making any changes in response to the attack in Boston.

April is child abuse awareness month. Perry Russom tells us about a demonstration by Onondaga Community College to raise awareness about the issue.

Plus, find out the latest on the earthquakes in Oklahoma and Iran and what’s happening with the stock market. All that and more on NCC News, live at 4:40 PM ET.

By Juliana Pignataro SYRACUSE (NCC NEWS) – More than 500 people from around the country competed in shows this weekend at the New York State Dairy Carousel, the largest dairy show in the nation.

The Carousel was held at the State Fair Exhibit Center in Syracuse where cows were shown, judged and sold. More than 1,000 animals were at the event, representing all seven of the major dairy cow breeds.

For 14-year old Blake Crothers of Pitcher, New York, dairy shows have always been a family affair. Crothers grew up with a dairy farmer for a father and has been showing cows since she was six. Crothers had been preparing her cow, Tootsie, for the junior competition for months in advance.

The competitions are about more than just winning for the experienced young girl.  Crothers’ mother said the commitment involved in owning and showing cows teaches her daughter responsibility.

“It’s a lot of discipline because it’s seven days a week. They have to walk their animals around ball practice, around school schedules. They get up early in the morning to come out to the barn and take care of their animals before they go to school,” she said.

Cows are judged based on certain physical characteristics including how straight their back and shoulders are.

Crothers didn’t win the junior competition at the fair, but she says she will never give up, and advises other young people who want to show cows to do the same.

“You just keep trying because you will get better,” said Crothers. “It never stops.”

by Amy Lipman SYRACUSE (NCC NEWS) – If Ann Marie Buerkle’s campaign account is any indication, her campaign rivalry with Rep. Dan Maffei could come to an end.

The Federal Election Commission confirmed Buerkle has emptied her campaign account and sent in a letter of termination Friday.

But Buerkle said this is a bookkeeping matter and “absolutely no decision has been made regarding whether to run,” syracuse.com reported.

Buerkle is a Republican from Onondaga Hill. She was elected to the 24th Congressional District seat in 2010 over Maffei, D-DeWitt. In the November 2012 election, Maffei beat Buerkle for the spot.

On the heels of Buerkle terminating her campaign account, Maffei reported his best fundraising quarter yet. The representative received $307,242 in contributions between Jan. 1 and March 31.